The Supreme Court and Same-sex Marriage

The Supreme Court and Same-sex Marriage 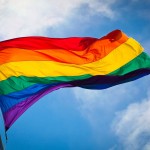 The Supreme Court is prepared to end a controversy that has divided much of the nation for the past two decades:  Do states have: (a) the power to ban same-sex marriages, and (b) the power to refuse to recognize such marriages performed in another state?

The Court will hear oral argument in four vided cases – collectively known as “Obergefell v. Hodges” – on April 28, and is expected to issue its decision during the last week of June.

The two constitutional provisions at issue are the Fourteenth Amendment’s Equal Protection Clause (“No State shall…deny to any person…the equal protection of the laws”), and its Due Process Clause (“

[N]or shall any State deprive any person of…liberty…without due process of law”).

Same-sex marriages are currently allowed in thirty-seven states and the District of Columbia, with bans remaining in the other thirteen states (all of which are being challenged in courts across the country).

The petitions – arising out of the United States Court of Appeals for the Sixth Circuit – claim that marriage is a fundamental right of all Americans, and contend that bans in Kentucky, Michigan, Ohio, and Tennessee discriminate on the basis of both gender and sexual orientation.

The Petitioners’ briefs filed in late February, and amici who support finding a constitutional right to same-sex marriage, argue that such laws deny a protected and minority class of citizens a fundamental civil right.  They boast that a majority of Americans (63% according to a recent CNN/ORC poll) back the freedom to marry for same-sex couples and argue that if marriage equality is to come to the entire country, a federal constitutional right must be declared.

The Respondents’ and their amici supporters, whose briefs are due over the next four weeks, argue that upholding current state bans would preserve states’ rights, centuries of tradition, and incentivize optimal child-raising conditions.  Those in favor of limited federal government argue that marriage equality ought to be a state issue, worked out by the local electorate and their governed.

David B. Cruz, Professor of Law at the University of Southern California, believes that the writing is on the wall after the Supreme Court allowed residents in more than 70% of the country access to same-sex marriage:

Since the Court let untold numbers of same-sex couples marry in states across the country by rejecting many states’ cert. petitions and has now taken up four cases presenting the same issues, it would seem difficult from a fairness issue to let residents of Ohio, Tennessee, Michigan, and Kentucky enjoy less constitutional protection than residents of many other states.  It is unthinkable to me that the Court would now turn around and tell the people who married only after it cleared the way for them to do so that the Court was wrong to do that and their marriages were void.  David Cruz, Symposium:  Unveiling marriage equality? SCOTUSblog (Jan. 17, 2015), http://www.scotusblog.com/2015/01/symposium-unveiling-marriage-equality/.

This is a historic constitutional movement with important and lasting implications – from healthcare decisions and tax implications, to Social Security benefits and the $51 billion wedding industry.  Stayed tuned to our blog and Twitter pages for up-to-date news on the case.