The Last Week In June

The Last Week In June

Legal commentators have long speculated that Supreme Court Justices prefer to release their most controversial opinions at the end of each term, days before embarking on summer recess to travel, teach, and write.

A recent study by Lee Epstein of Washington University, William Landes of the University of Chicago, and Judge Richard Posner of the United States Court of Appeals for the Seventh Circuit analyzed 7,219 cases from 1946 to 2013 to determine the truth, if any, to the so-called “end-of-term-crunch.”

The trio discovered that on average more than 30 percent of cases each term are issued in June, and more than half of those are issued in the week proceeding summer recess (typically the last week in June). 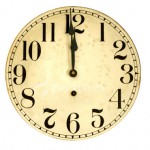 As Adam Liptak of the New York Times pointed out, “In 2013, for instance, the three final days of the term felt like the judicial equivalent of sweeps week on network television.  Monday: affirmative action. Tuesday: voting rights. Wednesday: gay rights.”

The last week of 2014 was just as compelling with 5-4 rulings on contraceptive coverage and abortion protests.

One is that justices keep polishing the opinions that will define their legacies until the last possible moment.

A second possibility is that releasing several major decisions in quick succession, some liberal and some conservative, may tend to diffuse media coverage and other commentary of any particular case, and thus spare the justices unwanted criticism.

[third] perhaps the explanation is more personal: The justices, most of whom have busy social schedules in Washington, may want to avoid tensions at their social functions by clustering the most controversial cases in the last week or two of the term – that is, just before they leave Washington for their summer recess.

While Justices and former Supreme Court law clerks say that opinions are released as soon as they are ready, the self-imposed deadline ensures that the final weeks in each term are pressure packed and anxiety ridden.