Anthony Haynes Revisited – Back to the Supreme Court?

Anthony Haynes Revisited – Back to the Supreme Court? 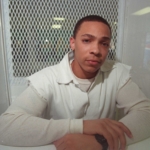 The most viewed blogs in the history of our website told the story of Anthony Haynes, a Texas citizen convicted for the 1998 killing an off-duty police officer in front of the officer’s wife.  Read part I and part II of our original series, “Staying Execution: Death Row and the Supreme Court.”

Nineteen years after shooting Sergeant Kincaid at point-blank range, Haynes remains on death row.  The state and Haynes’ counsel have filed more than 100 briefs, motions, and applications in an attempt to litigate his guilt and constitutional grievances.  The case has been appealed to the Supreme Court three times and a fourth appears imminent.

After our blogs, the BBC featured Anthony in its series “Life and Death Row” – a three-part series examining the lives of young people affected by capital punishment in America.  His story was so popular in the UK that its producers have given interviews recounting why they featured Anthony, among the thousands of death row inmates in the U.S.:

At the start of the 18 months it took to make the series, I saw Anthony’s name on an execution schedule. He was 33 but had been on death row since he was 19. He was young to be put to death and he looked young.

Anthony was scheduled to die on a Thursday. Wednesday is media day. If Anthony had not had an interview request, he would have been alone in his cell. Instead, he allowed us to spend an hour with him, talking us through the crime he’d committed as a teenager and its consequences. He thought it would have been harder to be facing death if he’d had a real opportunity to live and children to say goodbye to. The man he shot did have children, two daughters, now in their early twenties.

Over the course of filming, I stood outside the death house for four execution dates. Sometimes siblings stood silently waiting. Other times, children screamed for the execution to be stopped.

Prior to 2012, Anthony had lost almost every legal battle in his case.  But in October of 2012, Haynes presented the Supreme Court with an emergency application to stay his execution just 150 minutes before the lethal injection was to occur.  The Court granted the stay over written dissents by Justices Scalia and Alito, ruling that the stay would remain in effect until it could decide the merits of his case.

Seven months later, the Court “GVR’d” the case, which means it granted certiorari, vacated the decision below based on Supreme Court precedent, and remanded to the Fifth Circuit without hearing oral argument or deciding the merits.  This was a monumental win for Haynes.

In 2014, Justice Clement of the Fifth Circuit further remanded the case to district court to reconsider the merits of Haynes’ ineffective counsel allegations – another substantial legal victory.

In 2015, the Southern District of Texas denied Haynes’ ineffective assistance of trial counsel claims.  Haynes immediately appealed that decision back up to the Fifth Circuit.  As of this writing, the parties continue to file briefs and a decision is expected before the end of the year.

Based on hourly rates and the typical time involved, an average Federal criminal appeal can cost $20,000 to $50,000 (when cases are not pro bono).