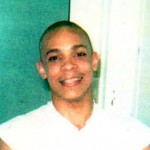 The following is part II of our look at emergency stays in the Supreme Court.  To read part I, click here.

On October 18, 2012 at 3:30 PM the Supreme Court was presented with an emergency application to stay the execution of Anthony Haynes, just 150 minutes before he was set to be executed.  The Court granted the stay over dissents by Justices Scalia and Alito, ruling that the stay would remain in effect until it could decide the merits of his case.  In dissent, Justice Scalia wrote:

It has been more than 14 years since Haynes killed Officer Kincaid, 10 years since we denied Haynes’s first petition for certiorari, see Haynes v. Texas, 535 U. S. 999 (2002), and six months since we denied his second, see Haynes v. Thaler, 566 U. S. ___ (2012). Haynes is now back before us a third time, arguing that he received ineffective assistance from his trial counsel.

According to the Office of Public Information, the Court would have considered four factors when deciding to issue Haynes’s emergency stay:

Clearly, the dissent believed the stay to be unwarranted.  Justice Scalia argued that the second factor remained unsatisfied:

Haynes presents no plausible claim for relief. His complaint is that his trial counsel was ineffective at sentencing.  The absolute most to which he would be entitled under Martinez is excuse of his procedural default of this claim, enabling a federal district court to adjudicate the claim on the merits.  But that is precisely what the District Court already did on federal habeas review.

So what happened to Anthony Haynes?  With his emergency stay in effect, the Court redistributed his petition and Texas’s brief in opposition 222 days later for a May 28, 2013 conference.  The following docket entry appears six days after that conference:

The Court “GVR’d” the case, which means it granted certiorari, vacated the decision below based on Supreme Court precedent, and remanded back to the Fifth Circuit without hearing oral argument or deciding its merits.

In a July 28, 2014 opinion, Justice Clement of the Fifth Circuit further remanded the case to district court to reconsider Haynes’s ineffective counsel allegations.  The case is still pending in the Southern District of Texas.

Haynes remains on death row with roughly 270 other Texas inmates.  At the end of 2012, there were more than 3,000 inmates on death row nationwide, and the average inmate had spent about 14 years under a death sentence, according to Justice Department figures.