Staying Execution: Death Row and the Supreme Court, Part I

Home/Prisoners/Staying Execution: Death Row and the Supreme Court, Part I

Staying Execution: Death Row and the Supreme Court, Part I

The Supreme Court’s handling of an application to stay an execution may be one of the most suspenseful facets of judicial procedure.  Life and death literally hang in the balance during this little-known and not-so-visible emergency litigation. 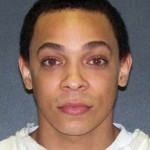 Generally, a stay is an interim order that halts the effect of a lower court ruling.  Stays in the Supreme Court are governed by one over arching principle: irreparable harm.  They’re sought in many types of cases, from water rights and same-sex marriage disputes to election and death penalty cases.  But applications for stay rarely get more dramatic than in death penalty cases, where irreparable harm is easily demonstrated.

The Court typically receives about 60-65 death penalty stays each term, and frequently rules on them without scheduled conferences.  What happens in between one’s filing and the Court order is largely unseen to the public eye.

For example, on October 18, 2012 at 3:30 PM the Court was presented with an emergency application to stay the execution of Anthony Haynes, just 150 minutes before he was set to be executed.

Haynes was convicted in Texas for the 1998 killing an off-duty police officer.  The state alleged that Sergeant Kincaid and his wife pulled their car to the side of the road after their windshield was hit with a 25-caliber bullet shot by Haynes.  After Kincaid identified himself as a police officer, Haynes shot him at point-blank range in the head.  Kincaid died hours later.

After more than a decade of appeals focusing on his constitutional rights, Haynes remained firmly on Texas death row, where more inmates are executed each year than in any other state.

Here’s the text of the Supreme Court’s docket entry from the day it received Haynes’ emergency stay application:

The Court granted the stay over dissents by Justices Scalia and Alito, ruling that the stay would remain in effect until the merits of the case could be decided.

[B]ecause I see no reason to believe that the District Court was wrong about the merits of Haynes’s claims, I also do not consider a stay warranted in order to plumb the record and correct any alleged factbound error of the District Court.  Haynes has already outlived the policeman whom he shot in the head by 14 years.  I cannot join the Court’s further postponement of the State’s execution of its lawful judgment.

Note: even though the application was originally presented to Justice Scalia, who intended to deny it, the Court itself granted the application.  This is an important distinction.

Under Court rule, an application for stay must be addressed to a single Justice.  Each Justice is assigned to handle emergency applications from one of the regional federal appeals courts or from state courts within that circuit.  Because Justice Scalia is assigned to the Fifth Circuit, he received Haynes’s application.

Although the Justice who receives an application may act on it unilaterally, emergency stays in cases involving very serious issues – such as executions – are frequently referred to the full Court.

Presumably the Justice to whom the application was addressed takes the lead in presenting the facts of the case to the other Justices, most likely through written memos. The Justices may rely on their law clerks to distill the essence of the stay request and to make a recommendation on how to handle the application. In this way … [a] Justice need not be physically present in the Court building in order to act on an application.  Moreover, when a stay request has been referred to the full Court, ‘the Justices do not meet officially or publicly, but confer, sometimes by phone, or through their law clerks.’ Stephen Wermiel, SCOTUSblog.com.

Under long-standing practice, it takes only four votes to hear a case, but five to stay an execution.  So what happened to Anthony Haynes after the Court granted his stay?  STAY! tuned, for part II of this series.