Sex and the Supreme Court Advocate

Sex and the Supreme Court Advocate 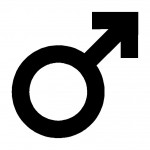 Twenty-eight counselors of law will argue before the Supreme Court this month.  Twenty-seven advocates will be men.  One will be a woman.  Put another way, you had a better chance of having your “paid” petition for writ of certiorari granted during the last Term (approximately 5 percent) than having your counsel of record be a woman (3.6 percent).

The lone female attorney arguing this month is Ms. Rachel Kovner, Assistant to the Solicitor General at the Department of Justice.  She is arguing for 10 minutes on behalf of the United States as amicus curiae in support of the petitioner in No. 14-449, Kansas v. Carr.

While the Supreme Court has three women on its nine-person bench – the most ever – the Justices are still significantly more likely to hear argument from a male attorney than from a female attorney.

During the entire 2013 Term, women appeared before the Court just 22 times, or a total of 16 percent of all appearances. “Moreover, the majority of these appearances involved a woman from the Solicitor General’s office. When Justice Department attorneys are omitted, women argued just eight times before the justices.”  Ian Hillhiser, ThinkProgress.org (Mar. 19, 2014).

In a 2011 speech at Georgetown University, Justice Ruth Bader Ginsburg indicated that the gender disparity may be due to a lack of female Supreme Court clerks.  Clerking for a Justice is valuable experience for promising attorneys who one day hope to return to Washington as litigators.  According to the Associated Press, since the 1990s, women have taken up about a third of these prestigious judicial clerk positions.

Belva Lockwood, the first woman to apply to argue before the Supreme Court in 1876, was originally denied admission by a vote of 6-3.  During the 1870s, she repeatedly petitioned Congress for the same right to advocate as male lawyers.  Finally, in 1879, President Rutherford B. Hayes signed a law allowing all qualified female attorneys to practice in any federal court in the country.  Lockwood was later admitted to the Supreme Court Bar.