Social Media and the First Amendment

Social Media and the First Amendment 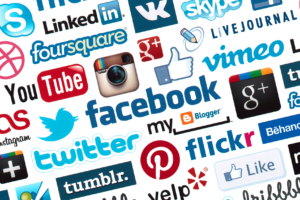 Former President Obama was the first sitting president to embrace the use of platforms such as Facebook and Twitter, and he and his staff frequently used the Twitter handles of @WhiteHouse and @POTUS to circulate policy information and have discussions with constituents. President Trump has continued that tradition, taking over the aforementioned Twitter handles, as well as tweeting from his personal account, @realDonaldTrump. President Trump uses Twitter quite frequently, for reasons varying from announcing policy changes, retweeting media coverage, and commenting on various issues, at one point declaring that his Twitter usage is “modern day presidential.” Not only has the President embraced the use of social media, but many others have followed suit, including the majority of Congress, state and federal judges, and local public officials.

Last month, in Davison v. Loudoun County Board of Supervisors, et al., the United States District Court for the Eastern District of Virginia found that when Loudoun County Board of Supervisors Chairwoman Phyllis Randall blocked Brian Davison on Facebook, she had violated the First Amendment. Randall had set up a “Chair Phyllis Randall” Facebook page under her own control, which she used to post about County Board activities and local information, as well as have discussions with the people she served. Davison was a constituent who had concerns about corruption among County Board officials. Davison posted comments on Randall’s Facebook page about this issue, resulting in Randall banning him from her page for approximately 12 hours, meaning that while Davison could still read and share content from Randall’s page, he could not leave comments or send direct messages to the page. Although Randall ultimately unblocked Davison, restoring his ability to comment on her page, he filed suit, claiming that by blocking him, Randall violated his rights to free speech and due process.

The Court found that Randall’s Facebook page was “‘governmental’” in nature rather than a private page, since it was created in relation to her election as a county official, and was used as a tool to communicate with constituents and post updates about local events and county policies. As a result, the Facebook page was subject to constitutional challenges. The Court also held that Randall had indeed violated Davison’s First Amendment rights by blocking him from her page. Judge James C. Cacheris explained that Davison’s comment regarding the corruption of the County Board was protected speech, and that Randall’s Facebook page was a forum for public speech. Cacheris noted that Randall had engaged in viewpoint discrimination by blocking Davison simply because she had been offended by his comment.

Importantly, Cacheris also noted that this was a unique circumstance, and that blocking constituents on social media is not always unconstitutional:

“All of this isn’t to say that public officials are forbidden to moderate comments on their social media websites, or that it will always violate the First Amendment to ban or block commenters from such websites. Indeed, a degree of moderation is necessary to preserve social media websites as useful forums for the exchange of ideas….The Court holds only that under the specific circumstances presented here, Defendant violated the First Amendment by engaging in viewpoint discrimination and banning Plaintiff from a digital forum for criticizing her colleagues in the County government.”

At the time of this post, Loudon County was considering whether to appeal.