The Picture Of Dorian Gray: A Book Review

The Picture Of Dorian Gray: A Book Review 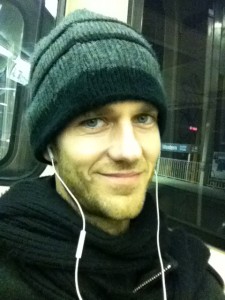 I like to go into book stores every once in a while and walk around, glance over titles, perhaps read a page or two. But I always come across that shelf full of old classics like Moby Dick and Wuthering Heights and feel a little ashamed for having not read the majority of them. I mean, these are classics for a reason. They have been analyzed, criticized and immortalized for decades and yet I can’t find a few hours out of my day to sit down and appreciate these works of art? Thankfully they’re also assigned readings in most college level Lit classes.

So last semester I had the chance to read The Picture of Dorian Gray, Oscar Wilde’s first and only novel. This was written in 1891 and, seeing how Wilde was an Englishman, I was thinking it was going to be written in that thick, almost indecipherable language of the time. (Have you ever read some of Poe’s earlier work? I can go pages without understanding a single thing of what’s going on.) Instead it was written in a pretty straight forward, almost minimalist prose that was intelligent and yet easy to read.

Wilde was a bit of a dandy back in the day and his characters, seemingly reflections of himself, are all privileged Englishmen with nothing better to do than sit around painting all day, going to the opera in the evening and then clubbing at night. It reads a lot like a Bret Ellis novel: rich kids dabbling in drugs and murder with homoerotic undertones thrown in for good measure.

The novel is about Dorian, an impressionable boy with a beautiful face that is captured perfectly in a painting by Basil, a painter that falls in love with his muse.

He paints a portrait of Dorian that takes on all the physical wear and tear of the hedonistic life style the boy leads while Dorian’s own visage remains untouched by father time or mother nature. A twisted and ugly scowl appears in place of the peaceful expression, a supernatural transformation that Dorian keeps secret out of shame as much as fear.

The one influencing Dorian’s carefree way of living is Basil’s friend, Lord Henry, a connoisseur of art whose dialogue is full of aphorisms and immoral theories. It’s Henry’s personal views that make the novel so memorable. I can imagine the things he says being quite taboo in those days (the novel was originally banned in England before Wilde did a re-write and censored much of the language).