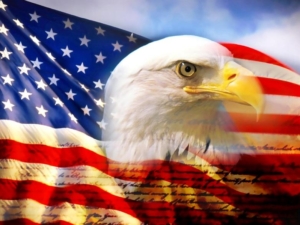 Today in our look at Supreme Court history, we examine a lecture Justice William J. Brennan Jr. gave in 1985 entitled “In Defense of Dissents.”

Brennan begins with the question:

What does a judge…hope to accomplish by dissenting? After all, the law is the law, and in our system, whether in the legislature or the judiciary, it is made by those who command the majority.

In its most straightforward incarnation, the dissent demonstrates flaws the author perceives in the majority’s legal analysis. It is offered as a corrective—in the hope that the Court will mend the error of its ways in a later case.

Dissents also can serve as “damage control,” limiting the sweep of majority opinions and giving “practical guidance” to those wishing to circumvent the rulings.

The dissent is also commonly used to emphasize the limits of a majority decision that sweeps, so far as the dissenters are concerned, unnecessarily broadly—a sort of “damage control” mechanism.

Then there are the dissents Brennan calls “prophetic,” such as Justice John Marshall Harlan’s lone dissent in Plessy v. Ferguson, a ruling that upheld “separate but equal” facilities for whites and blacks. That dissent became the majority view 60 years later in Brown v. Board of Education.

Brennan said that “when a Justice perceives an interpretation of the Constitution to have departed so far from its essential meaning, that Justice is bound, by a larger constitutional duty to the community, to expose the departure and point toward a different path.”

“The dissent…safeguards the integrity of the judicial decision-making process by keeping the majority accountable for the rationale and consequences of its decision,” Brennan argued.

No one has any duty simply to make noise. Rather, the obligation that all of us, as American citizens have, and that judges, as adjudicators, particularly feel, is to speak up when we are convinced that the fundamental law of our Constitution requires a given result. I cannot believe that this is a controversial statement. The right to dissent is one of the great and cherished freedoms that we enjoy by reason of the excellent accident of our American births.