For many lawyers, filing a brief in a case before the United States Supreme Court is a once in a lifetime opportunity.  At Cockle Legal Briefs, we’re honored to play a role in such a momentous occasion.

Since the beginning of 2012 we’ve filed nearly 3,000 briefs with the Court.  What follows is a recap of the top five cases that we’ve worked on during that time period.

The Court held that that Affordable Care Act’s “individual mandate,” which required virtually all Americans to obtain health insurance or pay a penalty, was a valid exercise of Congress’ Taxing and Spending power.  Affirmed in part and reversed in part, 5-4. 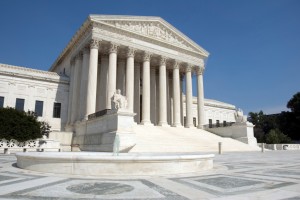 In Windsor, the Court held that Section 3 of the Defense of Marriage Act – which defined the terms “marriage” and “spouse” as applying between one man and one woman under federal law – was unconstitutional.  DOMA now requires the federal government to recognize same-sex marriages that have been approved by the states.  Affirmed, 5-4.

In Hollingsworth, the Court ruled that proponents of California’s ban on same-sex marriage did not have standing to appeal the lower court’s order invalidating the ban.  Vacated and remanded, 5-4.

The Court held that Section 4(b) of the Voting Rights Act of 1965 – a provision which required that states with a history of voter discrimination obtain preclearance from the USDOJ before implementing changes to voting laws – was unconstitutional.  Affirmed, 5-4.

The Court upheld and remanded section 2(B) of Senate Bill 1070 – a law which required local law enforcement to check the immigration status of residents during lawful encounters.  It also nullified three sections of SB 1070 on supremacy grounds, which would have otherwise: (a) made it a crime to be in the state without legal papers; (b) made it a crime to apply for or obtain a job in the state without legal papers; (c) allow police to arrest individuals for committing a crime that could lead to deportation.  Affirmed in part, reversed in part, and remanded, 5-3.

The Court held that naturally occurring DNA sequences, even when isolated from the body, cannot be patented.  However, artificially created (“synthetic complementary”) DNA is patent-eligible, because it does not occur naturally.  Affirmed in part and reversed in part,  9-0.