All About Original Actions

All About Original Actions 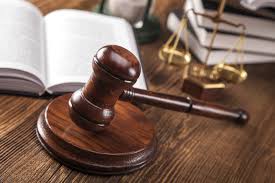 The Supreme Court receives many types of documents each day for its review. Appeals to the Supreme Court alone encompass a lot of different types of briefs, including petitions, briefs in opposition, amicus curiae briefs, and reply and supplemental briefs, to name a few. Less frequently, but equally important, are original actions, which are governed by Supreme Court Rule 17. While original actions share some commonalities with appellate cases, they also have some important distinctions.

One major distinction is that original actions have three stages, as opposed to the appellate actions, which have two. The first stage runs from the initial filing until the date that the Court acts upon that filing. The initial filing in an original action consists of one booklet containing a Motion for Leave to File Complaint, the Complaint, and the Brief in Support of Motion (which is optional but customary to include).

This initial filing does share some similarities with petitions for a writ of certiorari, such as the word count and color of cover. Some differences are that the filing may have additional sections. The Motion for Leave may include a Table of Contents for the entire booklet, the Motion for Leave (which is included in the 9,000 word count), the Complaint (not included in the word count), an optional Appendix to the Motion, the Brief in Support of the Motion, a Table of Contents and Table of Authorities for the brief, Statement of the Case, Argument, Conclusion sections, and an optional Appendix to the brief. Other briefs such as briefs in opposition, reply and supplemental briefs, and amicus curiae briefs have the same requirements as their appellate counterparts.

Another important distinction for original actions is that the filing timelines will vary. In the first stage, there is no due date for the initial Motion for Leave to File. Parties filing briefs in opposition or amicus curiae briefs have 60 days from the docketing date rather than 30, and distribution of original action briefs is 10 days after the Brief in Oppo-sition is filed versus the 14 days for appellate actions, so there is a shorter timeframe for writing replies.

The third stage lasts from the date the Special Master’s Report is filed until the Court makes a ruling. During this stage, the parties can file exceptions or objections to the Special Master’s Report, respond to other parties’ exceptions with reply or sur-reply briefs, or file amicus curiae briefs. Parties’ exceptions may have a few optional sections in addition to the standard sections, the Exceptions themselves, and a Brief in Support (which is optional but customary to include). The Court will rule on the exceptions and, if necessary, remand to the Special Master for further proceedings until the case is resolved. The word limits on briefs in this stage are the same as the merits stage in appellate litigation.

When filing a brief in an original action, there can be a lot of tricky details to re-member, and a lot of different requirements compared to filing in an appellate action. Fortunately, our staff at Cockle is here to help you navigate these details, so call today to get on our schedule!