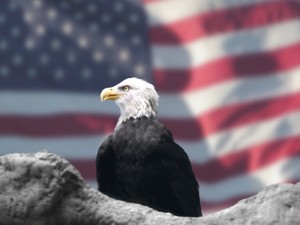 Amicus Briefs are submitted by non-parties to a case as a way of introducing information and concerns to the Court, demonstrating that a case’s outcome may have wider effects beyond the immediate parties to the suit. They can provide valuable assistance to the Court in its deliberations by presenting an argument or citing authorities not found in the Briefs of the parties, or by providing important technical or background information which the parties have not supplied. These materials can occasionally play a critical role in the Court’s rationale for a decision.

Why File An Amicus Brief?

Amicus Briefs are filed in the United States Supreme Court for a variety of reasons. Some Amicus Briefs provide valuable information about legal arguments, or how a case might affect people other than the parties to the case. Some organizations file Amicus Briefs in an attempt to lobby the Supreme Court, obtain media attention, or impress their members. There are studies that have shown a positive correlation between the number of Amicus Briefs filed in support of granting certiorari, and the Court’s decision to grant certiorari.

What Is Required In An Amicus Brief?

What Are The Filing Deadlines For An Amicus Brief?

Petition-stage amicus briefs are due 30 days after the petition is docketed. This is the same date that the clerk enters as the response due date on the docket. Amici supporting the petitioner (or neither party) are stuck with the 30-day deadline, but the due date for amici supporting the respondent will follow the respondent’s due date if the respondent requests and receives an extension. At the Merits stage, an Amicus Brief filed in support of the Petitioner or in support of neither party is due within 7 days after the file date of the Brief for Petitioner. An Amicus Brief in support of the Respondent is due within 7 days after the filing date of the Brief for Respondent. Amici can get extensions on the Merits stage.

What Is Required In Footnote 1 Of The Amicus Brief?

Rule 37.6 states that non-governmental amici “shall indicate whether counsel for a party authored the brief in whole or in part and whether such counsel or a party made a monetary contribution intended to fund the preparation or submission of the brief, and shall identify every person or entity, other than the amicus curiae, its members, or its counsel, who made such a monetary contribution to the preparation or submission of the brief. The disclosure shall be made in the first footnote on the first page of text.”

What Is Required For Consent When Filing An Amicus Brief?

Unless the Amicus Brief is being filed by the federal government (or one of its officers or agents) or a U.S. state, permission of the court (by means of Motion for Leave) or mutual consent of the parties is required. If the parties have granted permission to file the Brief, that fact must be recited at the outset of the Brief and the letters of consent must be filed with the Clerk. If the parties have withheld consent, that should also be recited. The amicus must then precede its Brief with a Motion for Leave to File. Additionally, at the Petition stage, the amicus shall ensure that the Counsel of Record for all parties receives notice of its intention to file an Amicus Brief at least 10 days prior to the date of filing. The Amicus Brief shall indicate that Counsel of Record received timely notice of the intent to file the Brief and shall specify whether consent was granted.

Amicus Curiae, or “Friend of the Court,” Briefs are filed in many Supreme Court matters, both at the Petition for Writ of Certiorari stage, and when the Court is deciding a case on its merits. In order to help garner amicus support by giving possible amici direct access to the Brief, many Petitioners will have Cockle Legal Briefs add their Petitions to our blog. If you are planning on filing an Amicus Brief or any Brief in the United States Supreme Court, call and talk to one of our Legal Document Analysts about the intricacies of the filing.