Over 2.2 million people are incarcerated in the United States. This makes our prisons a virtual petri dish for the spread of viral illness. In an effort to slow the onset of COVID-19 cases in the U.S. prison system, many prisons have been forced to quickly change their daily operations. 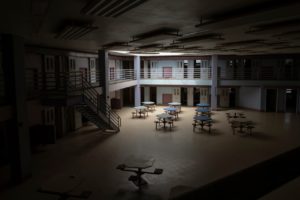 Prisons in Arizona and Minnesota have waived copays for medical visits and also waived fees for personal hygiene supplies. Visitation policies are being changed in an effort to stop the virus from being brought in. Some county jails are modifying sentences to release inmates early and try to control the spread of COVID-19 in the crowded prison population.

“There are over 42,000 people incarcerated in Arizona and the environment of prisons are fertile for an outbreak – closed quarters, lack of resources, and a significant population who have a higher risk of contraction,” said Becca Fealk, from the American Friends Service Committee of Arizona, a group that advocates for prison reform and is currently pushing for the Department of Corrections to halt prison admissions while the country is in the grips of the pandemic.

Senator Kamala Harris is advocating for the Bureau of Prisons to release “all low-risk inmates, including those who are in pretrial detention because they can’t afford to make bail.” See, NPR, Prisons And Jails Change Policies To Address Coronavirus Threat Behind Bars, Jimmy Jenkins, March 23, 2020.

Hundreds of inmates nationwide have already been released, including 600 in Los Angeles and 300 in San Francisco, and many more cities are sure to follow suit. In Chicago, Gov. J.B. Pritzker was asked by civil rights groups to consider early release for prisoners scheduled for parole within 120 days, as well as pregnant prisoners and those living with infants. See, New York City Urged to Release Detainees From Rikers Island and Other Jails After 38 Test Positive for Coronavirus, TIME, March 22, 2020.

As of Monday, March 23, there are dozens of cases of COVID-19 affecting inmates and prison staff nationwide. Infected inmates are forced into quarantine in rooms usually used for solitary confinement, and this notion is making some choose not to declare their symptoms, thereby increasing the risk that the virus will spread exponentially. See, Buzzfeed news, The Coronavirus Is Hitting US Prisons, And Advocates Fear Sick Inmates Will Be Afraid To Get Treatment, Salvadore Hernandez, March 23, 2020.

In addition to implementing measures to control the spread of COVID-19 within the inmate populations, the Bureau of Prisons is providing interagency resources and collaborating with FEMA, the U.S. Marshals Service, and the Biological Operational Threat Resource Federal Task Force within the Department of Homeland Security to fight the pandemic nationwide.