Why File a Supreme Court Petition?

Why File a Supreme Court Petition?

If you’ve just lost your case in a federal circuit court of appeals or state court, you are likely weighing the pros and cons of appealing to the United States Supreme Court.  In order to proceed judiciously, you need to decide if filing a cert. petition is right for you.

Who can petition for certiorari?

Any party to a civil or criminal case can file a petition for review.  The party filing the petition is called the petitioner.

How many petitions are granted each year?

The Supreme Court typically grants certiorari in approximately four percent of paid – or booklet-format – cases each term.  During the 2014 term for example, the Court granted 75 petitions.  Because it receives about 9,000 petitions each term (the bulk of which are meritless in forma pauperis filings), the Court does not have the time or resources to review every instance of lower court error.  So the Court’s review is discretionary.

How can I tell if my case is certworthy? 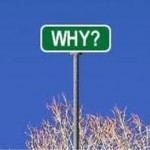 An understanding of factors the Court considers when granting certiorari can help you determine whether or not to file a petition.

Rule 10 advises that the Supreme Court considers the following factors in determining whether to grant certiorari:

(a) a United States court of appeals has entered a decision in conflict with the decision of another United States court of appeals on the same important matter; has decided an important federal question in a way that conflicts with a decision by a state court of last resort; or has so far departed from the accepted and usual course of judicial proceedings, or sanctioned such a departure by a lower court, as to call for an exercise of this Court’s supervisory power;

[t]he most helpful and persuasive petitions for certiorari to this Court usually present only one or two issues, and spend a considerable amount of time explaining why those questions of law have sweeping importance and have divided or confused other courts.” O’Sullivan v. Boerckel, 526 U.S. 838, 858 (1999) (Stevens, J., dissenting).

The departed Chief Justice Rehnquist cautioned that the question of whether to grant certiorari is “a rather subjective decision, made up in part of intuition and in part of legal judgment.” Rehnquist, The Supreme Court, at 233 (2d ed. 2001).

I want to file a petition, what should I do next?

Just give us a call at (800) 225-6964 to reserve a spot on our schedule and confirm your petition’s due date.  We will provide a no-cost, no-obligation estimate and proposed filing schedule.   As the leading producer of Supreme Court briefs in the country, we are here to manage the entire process of brief preparation, from consultation to filing. We believe that Better Briefs Win. And we look forward to working with you!