How to Structure a Brief in Opposition

How to Structure a Brief in Opposition 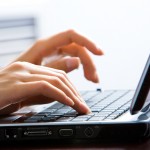 You have decided to respond to your opponent’s petition for writ of certiorari to the United States Supreme Court.  You know that you have 30 days from the petition’s docketing date to file a brief in opposition, but what sections are required?  How do you structure your brief?  Does there need to be an appendix?  These are all good questions that the Supreme Court’s Rules and Practice Guide do not provide the clearest answers to.

What sections are required?

Unlike a petition for writ of certiorari, a brief in opposition does not require a Questions Presented, List of Parties, Opinions Below, Jurisdiction, Constitutional/Statutory Provisions, or Statement of the Case section.  The information in these sections has already been provided to the Court by the Petitioner.  Instead, all you need is a cover, an index (if your brief is greater than 1,500 words), an argument with your reasons why the petition should be denied, and a conclusion.  But what if your opponent has misstated the legal issue in the Questions Presented?  Or has mischaracterized the facts in the Statement of the Case?  You could always rephrase the question in your very own Counterstatement of Questions Presented or include a Counterstatement of the Case section.  In fact, Supreme Court Rule 15 says:  “the brief in opposition should address any perceived misstatement of fact or law in the petition that bears on what issues properly would be before the Court if certiorari were granted. Counsel are admon­ished that they have an obligation to the Court to point out in the brief in opposition, and not later, any perceived mis­statement made in the petition.”

The Rule goes on to state that:  “Any objection to consider­ation of a question presented based on what occurred in the proceedings below…may be deemed waived unless called to the Court’s at­tention in the brief in opposition.”

How is a brief in opposition structured?

Rule 15 of the Court’s Rules states that you should look to Rule 24, the Rule governing respondents’ briefs on the merits, for guidance on the structure of your petition-stage brief in opposition.  If you have decided that your brief in opposition needs to address inaccuracies in almost every section of your opponent’s petition, then you will need to organize the sections of your brief in the order indicated by Rule 24.

Does there need to be an appendix?

No, but can you include one anyway?  Yes.  It is, however, fairly uncommon for attorneys to include an appendix in a brief in opposition.  But if there is some impactful document out there that helps you make your argument, or you want to include a document that your opponent has misquoted, then an appendix may be in order.

If you just found out that your opponent has filed a petition for writ of certiorari, give us a call to talk about your options, get an estimate, and confirm your due date.