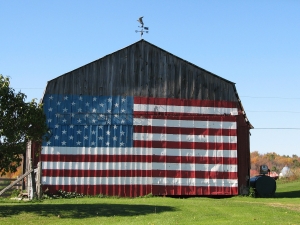 Amicus Curiae, or “Friend of the Court,” Briefs are submitted by non-parties to the case as a way of introducing information and concerns to the Court, often demonstrating that a case’s outcome may have wider effects beyond the immediate parties to the suit. Amicus Curiae Briefs can provide valuable assistance to the Court in its deliberations by presenting an argument or citing authorities not found in the Briefs of the parties, or by providing important technical or background information which the parties have not supplied. These materials can occasionally play a critical role in the Court’s rationale for a decision.

So when should a non-party file an Amicus Curiae Brief? The first consideration for a potential amicus is whether the case presents an issue of substantial importance. The second consideration concerns whether the potential amicus can offer something new to the Court not previously presented. Serial filers risk losing credibility with the Court if they continually file amicus briefs that lack distinction and where their purported interest is weak.

Not all amicus briefs are read by all of the Justices. The number is so great that most of the Justices have their law clerks sift out the briefs or parts of briefs that they think add enough to the parties’ briefs to be worth reading….Briefs that add nothing to the substantive factual or legal presentations by the parties are not likely to survive the preliminary examination by the law clerks or to influence favorably a Justice or clerk who reads them. On the contrary, they will be regarded as wasteful of valuable Court time. Supreme Court Practice – 9th ed., Eugene Gressman, et al.

An Amicus Curiae Brief can provide valuable information to the Supreme Court about a technical area of the law, or a case’s larger implications for people and policies. A succinct, focused Amicus Curiae Brief has the ability to grab the Court’s attention by complementing the principal party’s Brief and can help persuade the Court to render a favorable ruling. In order to help garner amicus support by giving possible amici direct access to the Brief, many Petitioners will have Cockle Legal Briefs add their Petitions to our blog. If you are planning on filing an Amicus Curiae Brief or any Brief in the United States Supreme Court, call and talk to one of our Legal Document Analysts about the intricacies of the filing.