We are frequently asked which citation style(s) the Supreme Court prefers.  While the Court’s rules are largely silent on these matters, what follows is an introductory guide to issues of citation and quotation. 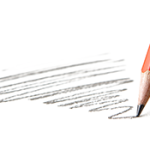 The Court’s rules do not speak to a particular method for citing cases. However, Gressman’s Supreme Court Practice (known as the “Supreme Court Bible”) recommends that attorneys citing to Supreme Court decisions use only the United States Reports, with no additional citations to S. Ct. and L. Ed. reporters. See Eugene Gressman, et al., Supreme Court Practice at 705 (9th Ed. 2007). The lone exception to this rule applies when a newly decided case has not been reported. When this occurs, most attorneys provide an S. Ct. citation. To see an example from SCOTUSBlog founder Tom Goldstein’s brief in Sorrell v. IMS, click here (pgs. vi and 30).

Most attorneys use Bluebook style for citations, which is – if not the preferred method – the safest bet for citation style.  An example of this is: Bockes v. Fields, 999 F.2d 788 (4th Cir. 1993). This is the style that Tim Coates from Greines, Martin, Stein, and Richland employs in his SCOTUS briefs. To see an example of Tim’s citations, click here (pgs. vi-viii).

As a general matter, cases should be italicized, rather than underlined.  Case names are not underlined in the United States Reports, the Solicitor General’s briefs, or law review articles, and for good reason. Underlining masks the descenders (the bottom parts of g, j, p, q, and y). This interferes with reading, because we recognize characters by their shapes. An underscore makes characters look similar, which not only slows reading, but also impairs comprehension.

Where there is no consensus on a stylistic matter I usually revert to my default, which is to do what is easiest. I find having to italicize just the party names and not the “v” in a citation to be time consuming.

The Court has recently changed the rules on citing statutes. Considering that the Court rarely says anything about citations, I imagine that statutory citations have moved from being a pet peeve to becoming a source of angst amongst the Justices. In response to their frustration, Rule 34.5 states that “

[a]ll references to a provision of federal statutory law should ordinarily be cited to the United States Code, if the provision has been codified therein.” If the statute has not been codified in the Code, then an attorney should cite to the Statutes at Large.

With regard to quotations, the Court is unusually specific. All quotations over 50 words should be indented. See Rule 33.1(b) and the Supreme Court Guide to Filing Paid Cases. These indented quotations “shall be single spaced.” Rule 33.2(a). For a great example on how to use block quotations, check out Orin Kerr’s brief here (pgs. 6, 17, 24, 32, and 35).