Medium Rare Burgers and the Land of Laws

Medium Rare Burgers and the Land of Laws

I’ve been away from blogging for about 10 days now. My wife and I drove across the country from Omaha to Seattle (my father-in-law and his wife flew our 19-month old son). We are somewhat moved into our new place and ready to start the next chapter, tentatively entitled “Baby Girls and Law School.” As many of you know, I start law school at the University of Washington in a few weeks and Annie and I are expecting Grace Ann Hopwood to come into the world around the same time.

Anyway, I was thinking about what to blog about while we were driving through the arid mountains of Wyoming. The one thing I noticed as we traversed from state to state was the large number of local laws. Some, such as several small rural towns in Nebraska, prohibit interesting acts such as engine braking. Others, such as Washington, regulate the throwing of cardboard and paper products into trash dumpsters–those materials must be placed in a recycle dumpster. 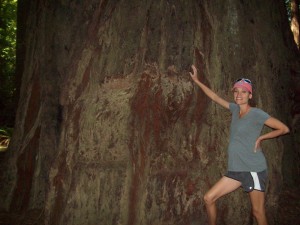 Annie Hopwood at the Redwood Forest

I learned my least favorite local law while ordering a hamburger in the regulation capital of the world: California. Annie and I were driving through the Avenue of the Giants, a stretch of highway that runs through a Redwood forest. We were famished so we pulled into a local diner. I ordered a burger with fries–a medium rare burger. It was then that I was told that they couldn’t cook my burger medium rare. That there was a local law banning the practice of serving anything less than well done.

This is about the time it dawned on me that we no longer live in the land of freedom. We live in the nation of regulation. Thousands of federal laws, and then as if it is not enough, ridiculous state and local laws telling us how we can order a burger.

I say we wipe the slate clean and start over. Then maybe I can get a decent burger the next time I drive through Humboldt County.