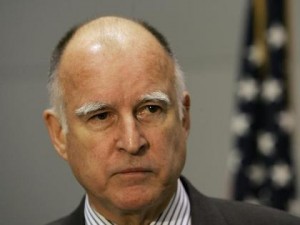 The good news is that California can look to other states for help. One of those states, somewhat surprisingly, is Texas.

It is also, and more to the point, because Jerry Madden, one of the leading prison reformers of the past decade, comes out of Texas.

Having lived in Texas (Houston) for two seemingly interminable years during high school, I admit up front to not being a fan of the state overall. Too big, too full of itself, too…Texas.

On the other hand, I admit also that there is that streak of Texas that is hard to resist—you know, the Jim Hightower, Molly Ivins streak. (Also represented by Joan Burton, my junior year English teacher, who on occasion read aloud to us in her inimitable drawl excerpts from Jean Shepherd’s “Wanda Hickey’s Night of Golden Memories: And Other Disasters”—this was, needless to say, decades before No Child Left Behind.) This streak of Texas is hardheaded, commonsensical, and often funny as hell.

I’m not sure about the funny part, but Jerry Madden appears to be a Texas politician in the Jim Hightower mode. 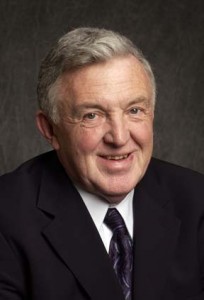 Jerry Madden was a Republican state representative when he was put in charge of the state’s corrections system in 2005.

As Madden says, “We started our 2007 legislative session with a forecast that said we were going to need 17,000 and a few hundred additional prison beds by 2012.”

Madden asked for guidance: “Mr. Speaker, what do you want me to do as chairman of the Corrections Committee? He told me, ‘Don’t build new prisons. They cost too much.’”

With this charge of averting a head-on collision between more prisoners and not enough prison space, Madden (an engineer by training) went to work.

The resulting reforms in Texas – grounded in data on prisoners, crime, and recidivism – earned Madden one of Governing Magazine’s Public Officials of the Year Awards for 2010 and put him on the road preaching the gospel to other states as diverse as Florida and Massachusetts.

Two of the primary emphases of Madden’s prison reforms were diversion programs to channel criminals with mental illness or substance abuse problems into treatment rather than prison and better supervision of parolees to prevent them from being returned to prison solely for technical parole violations.

These reforms, Madden determined, are justified as a matter of dollars and cents. The Texas legislative package investing in treatment and rehabilitation programs, for example, cost $241 million rather than the $1.6 billion that would have been required to build eight new prisons.

As to the recidivism issue, California in 2004 had a whopping 58% recidivism rate—only 18% from new crimes but 40% from technical violations.  A 10% reduction in this rate (fully possible given that Texas’s rate even before the Madden reforms was only 5% due to technical violations) could (again according to the Pew Center on the States) save California $233.1 million in a single year.

Jerry Madden’s work highlights some of the pragmatic, “can do” approaches to prison reform that are out there.

But Jerry Madden’s track record also points to what is even more important in getting those approaches implemented: bipartisan political initiatives.

Governing Magazine, you see, didn’t just honor Jerry Madden, the Republican leader on this issue in the Texas House. It also honored John Whitmire, his Democratic counterpart in the Texas Senate.

To me, the most important phrase in the Governing piece on Madden and Whitmire is, “

[Madden] and his staff began talking with Whitmire
.” Whitmire, up to this time, had been one of the primary movers in increasing the size of Texas’s prison population.

In looking to Jerry Madden’s experience on prison reform, then, California needs to look not just to what can be done but to how that will come about, which means who in California will join forces as Madden and Whitmire did in Texas.

As Madden reminds us, “This is not a Republican or Democratic issue. It’s about what’s smart for Texas.”

It is also, as the Supreme Court reminded us this week, about what’s constitutional for California prisoners and conscionable for us as a nation.