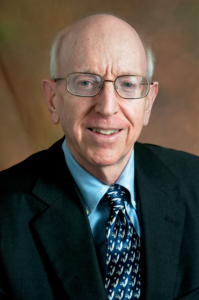 The legal world was shocked when the infamous Judge Richard Posner of the United States Court of Appeals for the Seventh Circuit announced his retirement last week, effective immediately. Judge Posner is well-known in the legal community for being witty and outspoken, sometimes courting controversy with his statements. Though his retirement is seen as abrupt, he seemed to hint at an impending departure when he commented in an interview that he “believe

[s] there should be mandatory retirement for all judges at a fixed age, probably 80.” (When asked whether he himself had plans to retire at 80, however, he replied “it will depend on how I feel then, both in terms of physical and particularly mental health and in terms of interest in the job.”) Interestingly, Posner specifically mentioned that he felt compelled to retire earlier than planned because he believes that the court treats pro se litigants unfairly, and that his colleagues disagree.

Judge Posner is a very prolific writer, both in and out of the courtroom. In addition to writing over 3,300 opinions during his time as a judge, he has also authored many books, including legal textbooks, books discussing current events from a legal perspective, and his own reflections on his experiences as a federal judge. Posner’s candidness was prevalent in all of his writing; in one notable opinion, he called lawyers ignoring precedent “ostrich-like” behavior and humorously included a picture of an ostrich hiding its head in the sand. (He later admitted that this may have been a step too far after the attorney in question confronted him.)

Though Judge Posner is stepping down from the bench, it appears that we will see more of his candid writing, as he plans to write a book about his views on the treatment of pro se litigants, as well as the views of his colleagues. In addition to this project, Posner stated that he will continue to teach and publish, “with a particular focus on social justice reform”. Appointed to the bench in 1981 by then-President Ronald Reagan, Posner was considered by many to be a conservative judge, but his opinions slowly became more moderate over time.

Though Judge Posner’s time on the bench will likely be most memorable for his candidness, Posner himself states that his pragmatism and accessible writing style are what he considers to be his legacy.

“I am proud to have promoted a pragmatic approach to judging during my time on the Court, and to have had the opportunity to apply my view that judicial opinions should be easy to understand and that judges should focus on the right and wrong in every case.”

Judge Posner’s colorful commentary, whether in hearings or in his legal writing, will be missed, and we wish the best to Posner in his retirement. Follow the Cockle Bur Blog for any further developments!