The Second Circuit Court of Appeals—like every other federal circuit court—uses both the Federal Rules of Appellate Procedure (FRAP), as well as its own set of local rules (LR). The FRAP lays out general practice standards for all of the federal appellate courts, but also allows the circuits to compile their own rules that can expand, limit, or even contradict the FRAP. Accordingly, when you prepare a brief for filing in the Second Circuit Court of Appeals, you should reference both the FRAP and the local rules.

In the Second Circuit Court of Appeals, the local rules present some unusual requirements that might trip up an inexperienced filer. For example, FRAP 30(a)(1) describes the required documents for an appendix. But then take a look at LR 30.1(a), the clause at the end, wherein the Second Circuit Court of Appeals also requires that you include the notice of appeal or petition for review in your appendix—an important, additional requirement. 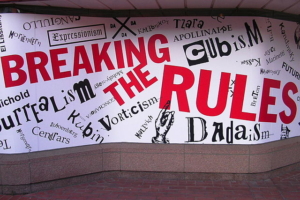 ld you present your appendix documents in the Second Circuit Court of Appeals? In most appellate courts you simply compile the documents in a separate volume bound in a white cover

[FRAP 32(b)]. But in the Second Circuit Court of Appeals, it’s not that easy. If your volume exceeds 300 pages, you must determine if it would still exceed 300 pages after discounting the orders, opinions, and judgments being appealed. If so, then you must file a Special Appendix that includes just the items being appealed, and the text of the rule of law significant to the case. You can bind the Special Appendix at the end of the brief, or in a separate volume [LR 32.1(c)].

On the other hand, if you are filing in an in forma pauperis, Social Security, or immigration case, you might instead need to file just a short addendum to the brief, and not file a separate appendix at all [LR 30.1(e)].

Confused yet? How about this: if you intend to electronically file your brief or appendix in a PDF file, you must format the file so that the page search field in the PDF reader will exactly match the page numbering in the document itself. So if the PDF reader is on page “iii” of the index, then the page indicator window must also show “iii.” But if you are on page “12” of the main brief section, then the PDF reader must also show “12” (even though it might actually be the 18th page of the entire document) [LR32.1(a)(3), (b)(3)].

For many Second
Circuit Court of Appeals filers, formatting the PDF file in this particular way—on top of actually having to research and draft the brief—can be a colossal hassle. Or, you can contact Cockle Legal Briefs. We have experts to help you make sure you follow all of the little twists and turns of the local rules, and other experts who can set up your PDF file to satisfy the clerk’s office. It’s worth a call.