On December 1st, 2016, new amendments to the Federal Rules of Appellate Procedure (FRAP) will go into effect. Some of the changes will significantly impact federal appellate practice. A practitioner representing an amicus filer in a circuit court of appeals will need to pay particular attention to changes in FRAP 29. 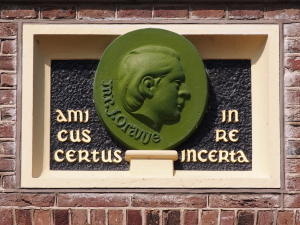 FRAP 29 sets out the standards for filing friend-of-the-court briefs in a federal circuit court of appeals. Importantly, the Rule permits filings by the United States government or states, or upon permission from the parties, or by granted motion of the court.

The current FRAP 29 makes no distinction between amicus filings upon the court’s initial merits consideration of the matter, or later, upon a party’s petition for rehearing.

The FRAP amendments coming December 1st will bring a significant structural change to FRAP 29, but the functional effect is not likely to impact most amicus filers in a circuit court of appeals.

The new Rule splits itself into two halves. FRAP 29(a) will apply to amicus filers at the initial merits stage, and FRAP 29(b) will focus on rehearing-stage amicus filings.

Amended FRAP 29(a) will match the current amicus rule in all relevant aspects (except that the December amendments will revise word-count limits, as I discussed in an earlier post). But the new FRAP 29(b), making a separate distinction for rehearing considerations, only permits amicus filings by government, or on motion. Party consent will not be enough to permit amicus filings in a circuit court of appeals considering a petition for rehearing.

If you have any questions about how the coming Federal Rules of Appellate Procedure amendments might bear upon your filings in a federal circuit court of appeals, please give us a call to talk about your brief.