The Work of a Supreme Court Law Clerk

The Work of a Supreme Court Law Clerk

No internship program in American history has produced a more extensive collection of leaders as the corps of U.S. Supreme Court law clerks.

Five Supreme Court Justices.  Two Secretaries of State.  Two U.S. Attorneys General.  The Solicitor General of the United States.  Two Commissioners of the F.C.C.  The Chairman of U.S. Steel.  The head of the Department of Transportation.  The Secretary of the Department of Homeland Security.  The publisher of the Washington Post, and the President of ABC news.*

Each Justice receives hundreds of qualified applications per year from candidates with top grades and compelling personal stories.  But only a fortunate 36 receive the most coveted credential in American law: a Supreme Court clerkship.

So how are these clerks selected and what are their duties? 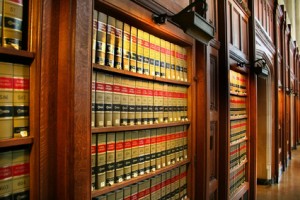 The applicant should have attended, and done very well, in a tier-one law school.  He or she should have also had a prominent position on the school’s law review and demonstrated the ability to get along with the Justice and his or her three other law clerks.  Most Justices prefer that the applicant have had a year’s experience clerking with a state or federal appellate judge (some Justices even have “feeder” judges who consistently place clerks on the Supreme Court).

Though the Court keeps its internal operating procedures confidential, we know that law clerks have a significant impact on a Term’s caseload.

They share much of a Justice’s work and can influence his or her thinking.  By wading through the cert. pool to make recommendations about which cases the Court should consider, a clerk operates in concert with his or her Justice.

Under the pooling arrangement, copies of all petitions for certiorari and opposition briefs ready for consideration by the Court are sent on a weekly basis to all nine chambers.  The Chief Justice’s chambers then randomly divides the week’s certiorari petitions … into batches of 10 petitions and sends an assignment sheet to each of the eight chambers in the pool

[Justice Alito does not participate in the cert. pool]. When a batch of 10 petitions has been assigned to a chamber, the law clerks within that chamber divide among themselves the task of reading each assigned petition and writing memos….  Thereupon, a law clerk in each chamber in the pool examines the memo and ‘marks it up’ for his or her Justice….  In most cases, the Justice will read only the memos.  In difficult cases, and in cases where a grant has been recommended, the Justice may read the opinion below and parts of the petition and opposing brief. **  [Bracketed text added].

Ultimately, the Justice must make his or her own judgment as to whether cert. should be granted.

Clerks are also responsible for researching case law, preparing the Justice for oral argument, and drafting significant portions of majority and dissenting opinions – often without significant revisions from individual Justices.

After oral argument, the Justice who has been appointed to write an opinion typically selects one of his or her clerks to author a “draft” opinion (Justice Scalia writes most of his own opinions).  The Justice will read the clerk’s initial draft and offer revisions.  Sometimes wholesale changes are needed.  On occasion few, if any, edits are required.  In fact, one study found that about 30 percent of the opinions issued by the Court are almost entirely the work of law clerks.

A Supreme Court clerk must be able to adapt to an array of institutional norms and unwritten rules.  They must know when to act as a sounding board for ideas and when a Justice expects to be challenged.

“I won’t hire clerks who have profound disagreements with me,” Justice Thomas once famously said. “It’s like trying to train a pig. It wastes your time, and it aggravates the pig.”

With the power to shape policy and precedent, a Supreme Court clerkship is an invaluable stepping-stone to future prosperity.  Nine months of work, day and night, can translate into a massive signing bonus at a large law firm – reportedly as much as $300,000, on top of a six-figure salary.

* Courtiers of the Marble Palace: The Rise and Influence of the Supreme Court, by Todd C. Pepper.