Some lawyers view oral argument as a mere formality, especially in courts that make a practice of reading briefs in advance.  These attorneys think, ‘what can a few minutes of argument add to what a judge has already learned from reading pages-and-pages of my well researched, persuasive brief?.’

But as wise lawyers know, oral argument can shape a judge’s impression of a case in ways a brief can’t.  Oral argument before the Supreme Court – given the potential impact a ruling can have on counsel’s case and career – is not to be taken lightly.  If an attorney is fortunate enough to have certiorari granted, they may begin perspiring at the thought of arguing before the Honorable Justices and a national press corp.

What follows is a quick look Supreme Court oral argument.  For in-depth sources of information for arguing attorneys, consider: 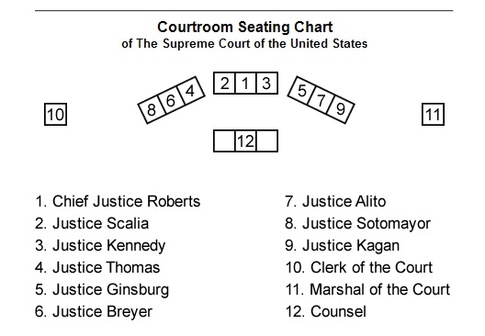 The Court’s current Courtroom reporter, Alderson Reporting Company, provides transcripts of oral argument on the same day it is heard.