Isn’t That Special? Special Masters and the Supreme Court

Isn’t That Special? Special Masters and the Supreme Court

The Constitution gives the Supreme Court “original jurisdiction” over several small but important categories of cases:

Its jurisdiction in these cases is original, but not mandatory.  The Court has discretion to determine whether to exercise review.  And unlike the roughly 9,000 petitions for writ of certiorari filed each term, original action cases arrive at the Court’s doorstep without a factual record. 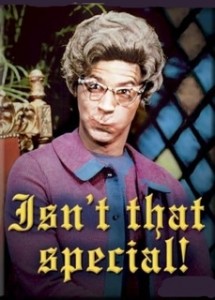 In order to gather evidence and develop the record, the Supreme Court looks to a Special Master.  For decades, it only appointed retired federal judges as Special Masters in an effort to reduce the potential costs to the parties, as those judges already receive judicial pension disbursements.  Recently however, the Court has instead turned to distinguished private counsels who have developed an expertise in the relevant area of law at issue.

After appointment, the Special Master is given significant independence and influence over the proceedings.  Supreme Court Rule 17.2 even allows the Master to use the Federal Rules of Civil Procedure and Evidence merely as guides when establishing case facts.

After establishing the record, the Master files his or her report in booklet format.  The parties have an opportunity to file briefs which rebut the Master’s findings and conclusions, and the Court determines whether to accept the views of the Master or hear oral argument about an unsolved issue.  It is not unusual for proceedings to continue before a Special Master for years – even decades – before the Supreme Court issues a substantive opinion.

Masters are compensated via fees that are allocated amongst the parties (see this post addressing Master’s fees in No. 126, Orig., Kansas v. Nebraska and Colorado, which has been on the Court’s docket since 1999, spanning four reports by two different special masters).

For an in-depth look at the stages of original action litigation read our previous posts here and here.