Riding the Circuit – Who Will Rule on Your Extension of Time?

Home/Supreme Court/Riding the Circuit – Who Will Rule on Your Extension of Time?

Riding the Circuit – Who Will Rule on Your Extension of Time?

Though the Clerk of the Supreme Court is empowered by Rule 30.4 to act upon most applications and motions which seek an enlargement of a filing deadline, he is specifically prohibited from acting on an application to extend the time to file a petition for writ of certiorari.  All such applications must be addressed to and acted upon by a specific circuit Justice, or the entire Court.

So which Justice sits in your circuit?  And how did the concept of circuit Justices originate?

The Judiciary Act of 1789 originally established a Court with one chief Justice and five associate Justices.  The size of the Court grew to accommodate the establishment of new circuits as the nation expanded.  A seventh Justice was added in 1807, and an eighth and ninth followed in 1837.  A tenth Justice was added in 1863, though his seat was contracted three years later.  Congressional act now mandates the Court be composed of nine Justices.

For the first 101 years of the Court’s existence, Justices were required to spend most of their time traveling around the country on horseback or in carriages to sit as circuit judges – known as “circuit riding.”  Without circuit riding, it was said, Supreme Court Justices would be cut off from the political, cultural, and legal life of the rest of the nation.

As the nation grew and the federal judiciary’s docket swelled, the position of Supreme Court Justice soon became, in the words of Justice McKinley, “the most onerous and laborious of any in the United States.” Many Justices had to travel over a thousand miles each year, often in perilous conditions. 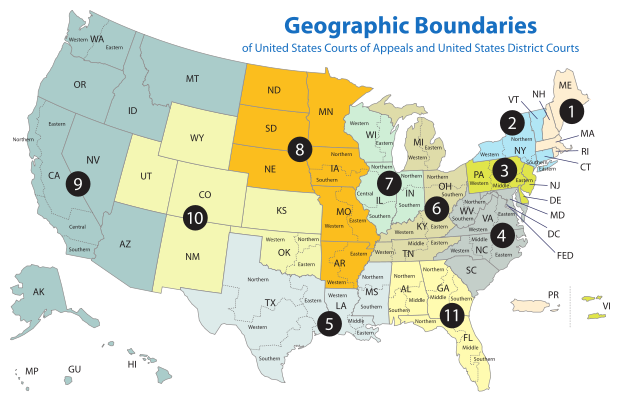 Today, Justices simply hold week-long conference each year in a city located in their respective circuits.

For an in-depth look at how to file for a motion of extension of time, including what constitutes “good cause” under Rule 13.5, read our blog post: “How to File for an Extension of Time.”