“Relist” as a Requisite to Certiorari

“Relist” as a Requisite to Certiorari

The procedures by which the Supreme Court decides to grant or deny a petition for writ of certiorari are well-guarded.  Unless you work, or have worked for the Court, it’s nearly impossible to appreciate the specific mechanisms which contributed to a decision on certiorari. 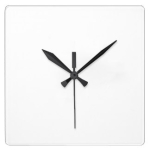 At SCOTUSblog, the authors break down the curious practice of “relisting” cases during the petition stage for additional consideration.  According to the attorneys, this procedure began near the end of the October Term 2012.  Coincidently (perhaps), William K. Suter stepped down as the 19th Clerk of the Court at the end of that term.

A relist occurs when the Justices consider a petition at private conference but decline to act on it, redistributing it for the following conference. The practice is now an accepted feature of the certiorari process.  “

[A]t least one relist is generally viewed as a necessary step on the way to a grant of further review …. A relist remains an effective prerequisite to a grant of certiorari.”  The authors continue:

Among the 76 cases granted and set for argument in OT2015 (including those consolidated for decision), 59 (77.6%) were relisted at least once. All 16 cases granted without relists fell in one of two categories – 12 were granted at the “long conference” following the court’s summer recess, when the court has the time to give petitions additional review without needing to use the relist procedure. The remaining four were granted in January 2016, at or near the cutoff to allow briefing and argument in the same term.

This research further reveals that the optimal chances for obtaining a grant of review occur after just one or two relists, and then begin to tail off.  Cert. petitions that were relisted more than twice conclude with higher denial rates.

For more information on the relist procedure, access the attorneys’ work at: