A Primer on Oral Argument at the Supreme Court

A Primer on Oral Argument at the Supreme Court

The scariest sentence in legal lexicon may well begin with the words: “Mr. Chief Justice, and may it please the Court…”  As noted by the Court’s Guide for Counsel, advocates must first utter these nine words before trumpeting a client’s case in front of the most inquisitive minds in the country.  In fact, at least three practitioners have fainted over the past 40 years after those words left their lips.

However, the rule goes no further in advising counsel how to argue, or what to expect.  What follows is a primer on oral advocacy before the highest court in the land. 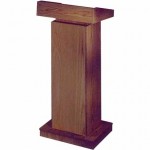 Oral argument is conducted from October through April each Term.  A two-week session is held each month with arguments scheduled on Monday through Wednesday of each week.  Unless directed otherwise, each side is allotted one-half hour of time.

Oral argument can play a crucial role in the outcome of a case.  “The Court needs and responds to intelligent and creative discussions by counsel as it struggles to resolve some of the more difficult legal problems of the times.”  Supreme Court Practice – 9th ed., Eugene Gressman, et al.  Oral argument is counsel’s chance to paint a broad picture for the Court and to demonstrate the potential impact of a decision.  Justice Ginsburg describes it as “an opportunity to face the decision-makers; to try to answer the questions that trouble judges.”

There is an element of drama in an oral argument, a drama in which for half an hour

[counsel] is the protagonist.  But she also realizes that her spoken lines must have substantive legal meaning, and does not waste her relatively short time with observations that do not advance the interest of her client.  She has a theme and a plan for her argument, but is quite willing to pause and listen carefully to questions.  The questions may reveal that the judge is ignorant, stupid, or both, but even such questions should have the best possible answer.  The Supreme Court, Chief Justice Rehnquist (2001).

Familiarity with the record is of paramount importance.  Counsel should take time to reread briefing in the case, make an outline of the critical points he or she intends to raise, and thoroughly prepare for potential questions from the Justices.  Many advocates even create ‘moot court’ sessions to simulate the upcoming onslaught of the unknown.

Supreme Court Justices are known for their pension to ask numerous questions, which can take up as much as two-thirds of an attorney’s allotted time.  Expect that any well-rehearsed opening remarks will be interrupted again and again by the notoriously inquisitive and imposing panel seated a dozen feet away.

Chief Justice Roberts stresses that “you’re only guaranteed usually about a minute or so … before a Justice is going to jump in. So I always thought it was very important to work very hard on those first few sentences.”

Counsel won’t be able to cover all of their points in the allotted time, so be sure to arrive with an opening statement in mind.  Take care to carefully set out both the issue before the Court and the answer that question, using reason and logic to connect the two.

Some of the most illustrative oral arguments have used analogies and metaphors to illustrate key concepts.  Be prepared to adapt to whatever the Justices do not seem to understand or appreciate about the case.  Be prepared for hypothetical questions which pose slightly different factual scenarios.  And be prepared to illustrate whether prior Supreme Court cases are precedential.