A Supreme Court Justice may, upon application, grant a motion for extension of time in which to file a petition for a period typically not exceeding 60 days.  The procedure for obtaining an extension is to file an application with the Circuit Justice whose circuit covers the court whose decision is at issue. Though the application must be filed at least 10 days in advance of the petitioner’s due date, it is advisable to arrange for the Court to receive the application within this time period. Although Rule 13.5 states that such applications are disfavored, most of the Justices grant them fairly routinely. 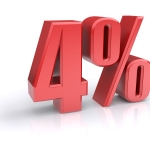 While Justice Breyer’s extension rate is not publicly available, Justice Scalia is famously strict.  “Anyone want to take a guess?” Jordan “Danny” Bickell said during remarks at a 2012 conference of lawyers specializing in federal death penalty work.  “Four percent.”

For comparison’s sake, certiorari was granted in 5.46 percent of booklet format petitions filed during the 2012 Term (just above the Court’s 4.3 percent cert. grant rate from 2001 to 2010).

As such, counsel for parties seeking review of a decision of the Fifth Circuit or of state courts in Mississippi, Louisiana, or Texas should not expect an application to be routinely granted.