After an unfavorable decision by a state’s highest court or a federal court of appeals, the losing party frequently asks itself: “Can’t we take this to the Supreme Court?”

And while countless blog posts could be devoted to various aspects of this important question, one of the first decisions you must make is whether to file your petition in 8-1/2 by 11-inch format or the Court’s 6-1/8 by 9-1/4 inch booklet format.

Only parties proceeding In Forma Pauperis (IFP) may file on regular 8-1/2 by 11-inch paper.  Upon a party’s motion to proceed IFP, the Court can elect to waive its $300 filing fee and standard formatting requirements (discussed further, below).  Parties who were granted IFP status in the proceedings below often assume that they will be granted the same status on appeal.  However, the vast majority of IFP applications filed with the Supreme Court fall short of demonstrating the degree of indigency required. 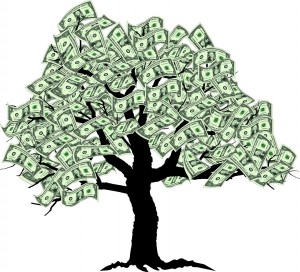 While civil cases make up the preponderance of instances in which an IFP application is denied, even incarcerated petitioners in criminal cases with no active source of income have been denied IFP status.  See Gressman, E., et al., Supreme Court Practice, at 564 (9th ed.).  If you wish to proceed IFP, you should understand that the changes of obtaining this status are slim, and if your application is denied, the Court will likely require you to re-file in booklet format in order to docket the petition (check out our blog post on the denial of IFP status).

The vast majority of petitions the Supreme Court grants each term are filed in the booklet format and docketed as paid petitions (wherein the petitioner has paid the Court’s $300 filing fee).  According to SCOTUSblog’s October Term 2013 Interim Stat Pack, the Court has granted a total of 71 petitions this term.  Sixty-three of these (89%) were paid petitions while only eight (11%) were on motions to proceed IFP.

Most empirical analysis of the Court’s docket focuses exclusively on the paid docket, due in large part to the assumption that unpaid petitions are frivolous and not certworthy.  The Court’s unpaid docket garners attention only when a motion to proceed IFP and the petition itself has been granted, after which the Court requires that future briefing be filed in booklet format.

The Court’s rules require that the party filing a booklet format petition ensure that:

Sounds daunting?  It doesn’t need to be.  Send Cockle your documents for a no-cost estimate.  We will typeset them to meet the Court’s strict requirements, proofread, and send you a proof for review.  Call us to discuss your final edits, and we will print and file your petition with the Court and opposing counsel.  We even prepare your affidavit of service and the certificate of word count certification.

Trust Cockle Legal Briefs to produce your rule compliant petition for writ of certiorari to the United States Supreme Court.