The U.S. Supreme Court was “born” 225 years ago today, September 24, 1789.  This is the date that the Judiciary Act of 1789 (which established the form of the Supreme Court) was signed into law by President George Washington.

The first session of the Supreme Court was not held until the following year, on February 1, 1790.  Since then, the Court has played an indispensable role in grappling with not only the mundane, but also with the most contested and momentous legal issues in our history. 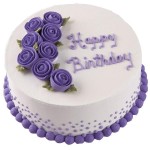 From establishing judicial review of actions taken by the other branches of government (Marbury v. Madison) through the more recent rulings on the Affordable Care Act (“Obamacare”) and same-sex marriage to upcoming arguments on:  income tax (13-485, Comptroller v. Wynn); destruction of physical evidence (13-7451, Yates v. U.S.); freedom of religious expression (13-502, Reed v. Town of Gilbert, Arizona); or deportation (13-1034, Mellouli v. Holder), the Court is tasked with interpreting and explaining laws which affect each of us each day.

Yes, it really is that important.