Guns and the Supreme Court in the Last Decade

Guns and the Supreme Court in the Last Decade 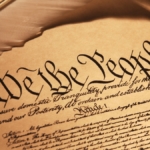 Firearm case law in the United States is largely based on decisions of the Supreme Court and federal circuit courts of appeals.  When tragedies like Parkland, FL or Sandy Hook, CT occur, Second Amendment supporters and detractors are quick to opine on the state of guns in America.

Today, we offer a quick look at how the Supreme Court has approached Second Amendment jurisprudence since 2008.

In 2008, the Supreme Court issued a landmark opinion in District of Columbia v. Heller, finding that the right to bear arms – like freedom of expression – is an individual one.  Cato’s Robert Levy summarizes Heller’s chief findings:

First, the Second Amendment protects an individual right to possess a firearm, unconnected with militia service, and to use it in the home for self-defense. Second, all three of the D.C. laws that Heller challenged are unconstitutional: (a) the outright ban on handguns acquired after 1976, (b) the ban on carrying pre-1976 handguns from room to room without a permit, which cannot be obtained, and (c) the requirement that rifles and shotguns in the home must be unloaded and either disassembled or trigger-locked.  https://www.cato-unbound.org/2008/07/14/robert-levy/district-columbia-v-heller-whats-next

Advocates on both sides of the debate are quick to point out two things about Justice Scalia’s 5-4 opinion: (1) the Second Amendment, like the First, is not absolute, and (2) Heller’s success was due in part to the moderate, incremental relief that the petitioner sought.

In 2010, McDonald v. City of Chicago told us that the individual right to bear arms enunciated in Heller applies in all the states – not just in the District of Columbia.  Writing for the majority, Justice Alito observed:

In the intervening eight years since McDonald, the Court hasn’t elaborated much on the Second Amendment.  It has consistently refused to grant petitions for writ of certiorari which sought to clarify federal law as it relates to bans of semiautomatic rifles, detachable ammunition magazines, and background checks.

At the end of June 2017, Justice Thomas strongly objected to the Court’s refusal to take up Peruta v. California, a hotly-contested petition that would have clarified the contours of Heller.

The Court has not heard argument in a Second Amendment case in over seven years…. This discrepancy is inexcusable, especially given how much less developed our jurisprudence is with respect to the Second Amendment as compared to the First and Fourth Amendments…. For those of us who work in marbled halls, guarded constantly by a vigilant and dedicated police force, the guarantees of the Second Amendment might seem antiquated and superfluous. But the Framers made a clear choice: They reserved to all Americans the right to bear arms for self-defense. I do not think we should stand by idly while a State denies its citizens that right, particularly when their very lives may depend on it.

Under Thomas’ reasoning, an appropriate Second Amendment vehicle could appear in the next few terms, though no such petition exists as of the date of this writing.  Stay tuned to the CockleBur for further developments.