Does the Supreme Court Have a Leak?

Does the Supreme Court Have a Leak? 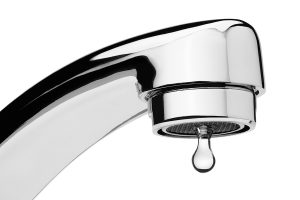 Two senior Congressional Democrats (Sen. Sheldon Whitehouse and Rep. Hank Johnson) have demanded that Chief Justice John Roberts detail which measures the Court has taken to address the leaks. Whitehouse and Johnson have asked the Court whether it has “reevaluated any of its practices, procedures, or rules related to judicial ethics, or the [J]ustices’ receipt and reporting of gifts and travel” as a result of the leak revelations.

The heart of the New York Times story referenced above is that the 2014 leak enabled Reverend Rob Schenck, at the time a Capitol Hill-based channel between evangelical donors and top political players, to help Hobby Lobby initiate a PR campaign ahead of the Court’s controversial decision.

Alito said in a statement that any allegation that he leaked the Hobby Lobby decision was “completely false.”  He also denied allegations that his wife, Martha-Ann Alito, played a role in revealing the outcome of the Dobbs case. An Ohio woman friendly with the Alitos, Gayle Wright, who was a donor to a conservative Supreme Court-connected nonprofit group and allegedly served as a conduit for the sensitive information, has also denied the claim. Alito wrote: “I never detected any effort [by Wright] … to obtain confidential information or to influence anything that I did in either an official or private capacity, and I would have strongly objected if [she] had done so…. I would be shocked and offended if those allegations are true.”

Reuters reports that: “Senator Dick Durbin, a Democrat and head of the Senate Judiciary Committee, said in a written statement that the committee is reviewing the leak and influence allegations. He urged passage of legislation pending in Congress that would create a code of ethics for the Supreme Court. Justices on the top court currently are not required to follow a binding code of ethics for judges in lower federal courts, which Durbin called ‘unacceptable.’” https://www.reuters.com/world/us/report-second-major-us-supreme-court-leak-draws-calls-probe-2022-11-19/

The Chief Justice and the Court’s Office on Public Relations have yet to comment on Alito, Schenck, Wright, or whether any investigation was conducted into either the 2014 or 2022 leaks.

Justice Alito recently called the 2022 leak a “grave betrayal,” in an appearance before the conservative Heritage Foundation, suggesting that it put the lives of some of the high court’s conservative Justices at risk. On June 8 of this year, a man with a knife and gun was detained by police near the Maryland home of Brett Kavanaugh, after making threats against the Justice, according to local and federal officials. Court documents and filings reveal that the man intended to kill Kavanaugh after news of the leaked Dobbs decision.