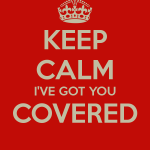 When part of your job revolves around reviewing Supreme Court brief covers, you begin to notice things like diamond lines, paragraph indents, and big/small caps.  You notice that the lead counsel has abbreviated her state’s name while co-counsel has not.  You notice that each signature block contains inconsistent fax number information.  And you notice that you should probably take a break from reviewing covers for awhile.

Supreme Court covers are a matter of style and substance.  The Court is incredibly particular when it comes to what must be included.  According to Supreme Court Rule 34.1, each cover shall bear: (a) a docket number, or if it is a petition, a space for one;  (b) the Supreme Court’s name; (c) the caption; (d) the nature of the proceeding and the name of the court which issued the judgment to be appealed; (e) the document title; and (f) attorney contact information.

This seems easy enough, but as with most things at the Supreme Court level, the Devil is in the details.  Here are some tips on the substance and style of Supreme Court brief covers: