Writing A Legal Brief: Part I

Writing A Legal Brief: Part I

Cockle Legal Briefs formats, reads and prints thousands of Supreme Court and federal circuit court briefs every year. And we have seen every kind of writing—professional and pro se, florid and direct, prose and even poetry. But for all of our experience, we still pause when asked a seemingly basic question: how to write a legal brief? 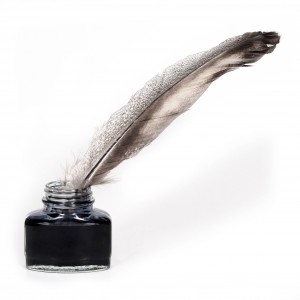 I recently discovered an extremely helpful resource that provides some answers to the question. Edited by Philip Allen Lacovara, senior counsel at Mayer Brown in New York, Effective Brief Writing, Chapter 7 of Federal Appellate Practice (The Bureau of National Affairs, Inc., 2008), is a comprehensive and useful resource for anyone wanting to know how to write a legal brief.

In this post—and in my next few—I offer some notes from the Chapter, and a few observations of my own.

How To Write A Legal Brief: Good Writing

The Chapter begins with a point that may seem obvious, but is often forgotten by inexperienced brief writers: good brief writing starts with good writing. Some drafters may get so absorbed by researching the question, or perhaps with the other areas of their practice, that the brief draft itself may come across as haphazard or simply thrown-together. Effective written advocacy is challenging enough, without having to overcome the distractions of grammar, punctuation and usage errors.

The good news for our customers is that Cockle Legal Briefs proofreads every brief we typeset. So even if the draft has many of the common flaws that would detract from the argument, the writer will have the advantage of seeing our readers’ notes, and making the necessary changes before printing and filing.

How To Write A Legal Brief: Remember To Persuade

Again, this point should be obvious, but we have seen more than a few briefs that are primarily focused on venting the author’s outrage. Or, as noted in the Chapter, some briefs seem more directed towards impressing the client, and not the court.

Pro se litigants and attorneys alike can be forgiven for feeling the emotion driven by the underlying dispute. But if the court reads the brief as a screed against perceived injustice, and not as a reasoned argument in support of a particular legal outcome, then the filer has squandered his opportunity to be heard, and the failure will be entirely his own.

How To Write A Legal Brief: Translate

The Chapter notes that too many legal writers fail to understand that the court has not been as involved in the case as the litigants, and will need to have the underlying facts and legal issues translated into a readily-understandable presentation. The judge is a generalist, so an effective writer will act as the expert, who can help the judge understand the case complexities.

Too many acronyms and terms-of-art are a sign that the draft should be re-worked to provide better translation. Shop-talk and shorthand allow for efficient communication among the parties and lawyers, but the court will need to be told a relatable story in plain language.

The Chapter has so much more to offer, so look for my later posts to learn more about how to write a legal brief.