“Clarity of thought is a must for brevity in speech.” ― Somali K. Chakrabarti

The questions presented page is assuredly the most important element of a Supreme Court petition.  Justices can reject an entire case based on review of the questions alone.  Rule 14.1 provides that they should be “expressed concisely in relation to the circumstances of the case, without unnecessary detail.” 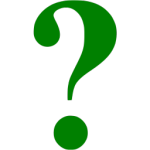 Here’s a sampling of 10 concise questions upon which the Supreme Court granted certiorari this term.  Note the brevity therein.

Does §8772—a statute that effectively directs a particular result in a single pending case—violate the separation of powers?

To what extent does the Racketeer Influenced and Corrupt Organizations Act (“RICO”) apply extraterritorially?

May Nevada refuse to extend to sister States haled into Nevada courts the same immunities Nevada enjoys in those courts?

In the absence of a warrant, may a State make it a crime for a driver to refuse to take a chemical test to detect the presence of alcohol in the driver’s blood?

Does the First Amendment bar the government from demoting a public employee based on a supervisor’s perception that the employee supports a political candidate?

Does Florida’s death sentencing scheme violate the Sixth Amendment or the Eighth Amendment in light of this Court’s decision in Ring v. Arizona, 536 U.S. 584 (2002)?

Does a conspiracy to commit extortion — as defined by the Hobbs Act — require that the conspirators agree to obtain property from someone outside the conspiracy?

Are the Commonwealth of Puerto Rico and the Federal Government separate sovereigns for purposes of the Double Jeopardy Clause of the United States Constitution?