Transgender Bathroom Likely On Its Way to SCOTUS

Home/News/Transgender Bathroom Likely On Its Way to SCOTUS

Transgender Bathroom Likely On Its Way to SCOTUS

The Supreme Court appears inclined to address whether transgender individuals have a constitutional right to use the restroom consistent with their gender identities. 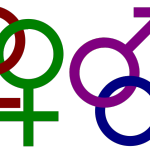 On August 3rd, the Court issued a one-page order (579 U. S. ____ (2016)) staying a Fourth Circuit ruling that had permitted 17-year-old Gavin Grimm to use the bathroom of his choice. Grimm was born a female but identifies as a male.  He used the boys’ bathroom at his school until the county school board proposed that school bathrooms be restricted by biological gender.

In May, the Obama administration directed public schools nationwide to allow transgender students to use bathrooms that correspond to their gender identity or risk losing federal funding. So far, 23 states have sued to block the directive.

On appeal, the Fourth Circuit determined that the prohibition on gender discrimination in schools required the school to allow Grimm to use his restroom of choice in accordance with Title IX.

The issue appears set to arrive in Washington during the heat of a presidential election where the makeup of the Court (given the death of Justice Scalia) has been a central issue.

The Supreme Court, in issuing its 5-3 stay, signaled interest in the constitutional issues presented.  Justices Ginsburg, Sotomayor and Kagan would have denied the school board’s request that it be able to block a student from exercising choice in use of a bathroom, according to the order.

Justice Stephen Breyer, who approved the stay of the ruling as a courtesy, wrote:

According to Richard Wolf of USA Today, more than 100 pastors sent a letter to “elected officials and school districts, calling for schools to ignore