President Obama on His Search for the Next Supreme Court Justice

President Obama on His Search for the Next Supreme Court Justice 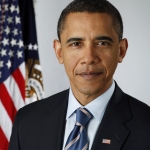 President Barack Obama has publicly outlined the traits he seeks in a new Supreme Court Justice.  Via a post at SCOTUSblog.com Wednesday morning entitled “A Responsibility I Take Seriously,” Obama revealed the characteristics he is looking for in a nominee to replace Justice Antonin Scalia, who died Feb. 13 at the age of seventy-nine.

[a] sterling record … [a] deep respect for the judiciary’s role … [a]nd an understanding of the way the world really works.”

“He or she will have an independent mind, rigorous intellect, impeccable credentials, and a record of excellence and integrity.  I’m looking for a mastery of the law, with an ability to hone in on the key issues before the Court, and provide clear answers to complex legal questions,” Obama wrote.

He also stated that appointing another Justice to the Court – who will sit beside his other appointees, Sonia Sotomayor and Elena Kagan – is one of the most important decisions a President can make.

Needless to say, this isn’t something I take lightly.  It’s a decision to which I devote considerable time, deep reflection, careful deliberation, and serious consultation with legal experts, members of both political parties, and people across the political spectrum.

Senate Majority Leader Mitch McConnell remarked on Tuesday that he intends to block a hearing on Capitol Hill should President Obama decide to nominate someone during this presidential election year.

The road to a confirmation for whomever the President picks promises to be contentious.  Stay tuned to The Cocklebur for further developments.