After President Biden announced $10,000 to $20,000 in broad student debt relief for federal borrowers this summer, an array of conservative lawsuits was filed seeking to block, then reverse, the policy. 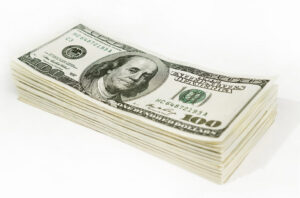 Six Republican-led states argued last week that the U.S. Supreme Court should at least keep President Biden’s student debt forgiveness policy on hold while litigation around it plays out.  In No. 22a444, Biden, et al. v. Nebraska, et al., Nebraska, Missouri, Arkansas, Iowa, Kansas, and South Carolina claimed that the President was saddling billions of dollars in college loans on Americans who don’t owe the debt, pointing to the fact that the administration has again extended its final pause on loan payments.  The states’ legal opposition came in response to the Biden administration’s request that the Justices lift an 8th Circuit injunction which previously halted the program, while litigation over its legality continues.

U.S. Solicitor General Elizabeth Prelogar argued in motion that states did not have legal standing to challenge the administration’s actions, and that federal law provides the Secretary of Education with broad authority to make changes in the student loan program during emergencies, such as the COVID-19 pandemic. Prelogar wrote:

Congress expressly contemplated that national emergencies would necessitate student-loan relief for affected borrowers, and Congress specifically authorized the secretary to grant such relief without delay…. Here, the secretary determined that relief was necessary to ensure that borrowers do not default on their loans or enter delinquency when payments obligations resume, with potentially irreparable consequences for their credit and financial futures.

Standing – a procedural threshold – has been an obstacle for many court opponents of student debt relief, including challengers whose requests for Supreme Court intervention were previously denied. The states argued that they’ll suffer a loss of tax revenue if the debt relief program goes into effect.

“The states also pointed to the ruling from a federal judge in Texas in a separate case that struck down the student debt relief policy, which the administration has appealed to the [5th Circuit]. That ruling will remain in effect even if the Supreme Court lifts the hold placed by the 8th Circuit….” https://www.cnn.com/2022/11/23/politics/biden-student-loans-forgiveness-gop-supreme-court.

This “circuit split” in lower court approaches to federal programs is often sought out by filers seeking to demonstrate cert.-worthiness under Sup. Ct. R. 10.

The Biden Administration advised the Supreme Court that if it chose not to lift the 8th Circuit’s injunction, it should accept the case and hear the merits of the states’ HEROES Act challenge this term.