The controversial President Trump-era immigration restriction policy known as “Title 42” will temporarily stay in place this week, after Chief Justice John Roberts put a hold on lifting the mandate. In No. 22A544—an appeal from the United States Court of Appeals for the District of Columbia Circuit—19 states asked the Court to keep in place a policy that allowed immigration officials to quickly expel migrants at the U.S. border. 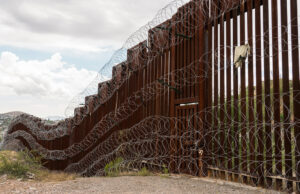 Title 42 is part of the 1944 Public Health Service Act that allows the federal government to restrict immigration during public health emergencies. Faced with the Covid-19 pandemic, the Trump administration made use of Title 42 to expedite the return of migrants who arrived at the Mexico border beginning in 2020.

This week the states, led by Arizona, moved quickly in filing this application for stay on December 19th.  Chief Justice Roberts granted the stay and ordered that this response be filed before 5 p.m. Eastern on December 20th.  The states then filed their reply on the 21st, arguing that an end to existing border policy would “cause a crisis of unprecedented proportions at the border,” claiming that the number of daily border crossings would triple.

President Biden’s Justice Department pushed for the end of Title 42 after his election and has made efforts to speed up processing for asylum seekers at the Mexico-American border.  Immigration advocates have argued the policy has extended human/economic benefits and believe it’s being used improperly to expel people at the border, without hearings.